What does a Chiropractor do … on a Sunday?

What does a chiropractor do?

That’s a question I often get asked – even people who’ve been through a course of treatment only get a snapshot of a typical clinical day as it relates to their presenting condition … and life as a chiropractor can involve so much more than just turning up and treating patients.

I decided to keep a journal of different days of the week for three months – and then pick one entry for each day of the week at random.

Here’s what I got up to. 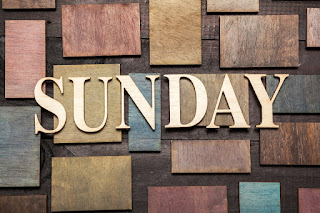 As anyone with an eight-year-old will know, Sunday usually begins several hours before dawn as they wake up a good two hours earlier than on weekdays and sneak in to make sure you’re enjoying your lie in.

There is then the after breakfast (bacon, sausage and black pudding butties  – #5stepping is about moderation in all things including moderation) dash to some remote corner of Somerset to collect whichever teenager needs extracting from sleeping over after a play/match/concert/party in time for coffee at Granny and Grandad’s.

Another question I often get asked is what it’s like to work alongside your mother.  The answer is I don’t know – we’re now only in the same clinic at the same time once a week, and she spends her time in her treatment room from 9 till 7, whilst I’m in mine for the same period: if we need a meeting, we have to schedule it … or we get a chance to chat over coffee in between grandchildren and crosswords on a Sunday morning.

Sunday afternoon is dilemma time: family first as it’s our only day together – but there’s also gardening (once a whole family activity but no more) and those little bits of work that you didn’t get done during the week and which you feel guilty for doing and guilty for not having done.

Today though there’s a major – and highly complex – medicolegal report that’s needed by tomorrow and at the 6,200 words I managed to write between 142 patients last week, I’m only halfway finished. These days I have every speed device known to mankind [try TextExpander if you need to type long, technical phrases on a regular basis] and can manage 1,000 words an hour unless I’m on a particularly difficult area … which means I can finish the report and still find time for Harry Potter, help with homework, diary planning for the coming week, five emails from patients and the last ten minutes of Downton Abbey.

At least on Monday, you can guarantee that the eight-year-old will need waking up after the alarm goes off at 6!